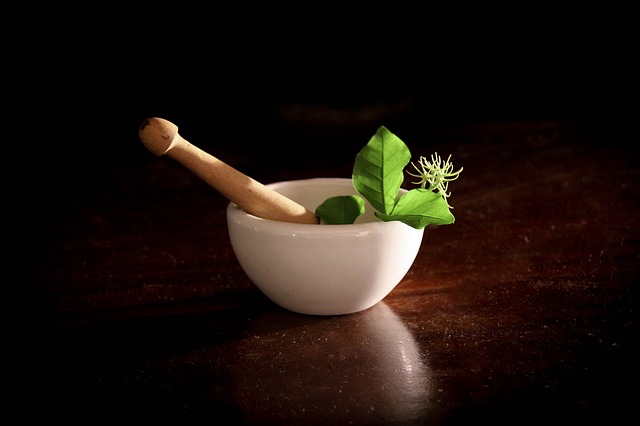 What is Ayurveda and Its Importance?

Ayurveda is a traditional holistic healing. Translated from Sanskrit, Ayurveda means ‘the science of life’. Ayur means “life” and veda means “science. India system which largely depends on plant support to form major Chunk of its medicine. Most of the herbs, spices, seeds, roots, leaves, stems, petals and flowers are deeply ingrained in all Indian homes where ‘home remedies’ are popular. Even certain family members in some families are adept in curing even intricate disorders by simple and cost effective formulations which, at times, have shown marvelous and astounding results.

All over the world today we are looking for a natural system of healing that is comprehensive and complete, that is not merely some curious form of folk healing but a real and rational system of medicine that is sensitive to both nature and the Earth. This is exactly what Ayurveda has to offer, for it has a many thousand year-old clinical tradition and a comprehensive natural method of treatment ranging from diet, herbs and massage.

With Ayurveda we learn the right diet for our individual type, how to improve our immune system, the keys to right use of sexual energy and rejuvenation, and a conscious way of life that can lift us to a new level of awareness in all our endeavors.

Without such natural wisdom as Ayurveda, we may find ourselves not only unhealthy, but unhappy and spiritually confused.

Ayurveda system is the prominent user of herbs and its basic theory revolves round imbalance and vitiation of three humors (Doshas).

Ether (Akash), Air (Vayu), Fire (Agni), Water (Jal) and Earth (Prithvi) are the great five elements which underline all living systems. These elements are constantly changing and interacting and can be simplified into three Vitiations (Doshas). When these doshas remain under harmony and balance, health of body does not get disturbed but, when their balance gets disturbed, a diseased state sets in.

The three doshas are vata (Wind), Pitta (Bile) and Kapha (Phlegm) and due to predominance of the one dosha, a person’s personality is determined that is ‘Vata-Prakriti’, ‘Pitta- Prakriti’ or ‘Kapha Prakriti.’

Vata formed from ether and air, governs all movement in the mind and body and must be kept in good balance.

Pitta formed from fire and water, governs all heat, metabolism and transformation in the mind and body.

Kapha formed from earth and water, cements the elements in the body, providing the material for physical structure

Each person has an individual blend of the three doshas, with one or sometimes two doshas predominating.

Amalaki (Amla or Indian Gooseberry or Emblica officinalis) – The fruit is reputed to have the highest content of vitamin C of any natural occurring substance in nature. It maintains balance amongst three doshas and effectively controls digestive problems, strengthens heart, normalises cholesterol, prevents cancer, builds up and sustain defence mechanism, improves eye-sight and detoxifies the body.

Amla is said to have 20 times more vitamin C than orange. The vitamin C content of amla is between 625mg – 1814mg per 100gms. Other studies show that amla increases red blood cell count and hemoglobin. A research team discovered that when Amla is taken regularly as a dietary supplement, it counteracts the toxic effects of prolonged exposure to environmental heavy metals, such as lead, aluminum and nickel.

Ashwagandha (Winter Cherry or Withania Somnifera) – Ashwagandha is one of the main herbs for promoting ojas and rejuvenating the body in Ayurveda. It is a well known semen promoter and it treats impotency and infertility.

Clinical studies show that Ashwagandha has antibacterial, antitumor, anti-inflammatory and immunomodulating properties. The strong anti-stress actions, increases memory and learning capabilities. It has also found to be useful in Rheumatic and Arthritic disorders like pain, swelling etc.

Summing up, it is a strong Aphrodisiac and has immunomodulating, anti- inflammatory, anti tumor and anti stress properties which clearly shows why Ayurveda has such a high opinion of this herb as a general tonic.

Arjuna (Terminalia Arjuna) – It is a cardiac tonic of high quality. Terminalia arjuna, is known to be beneficial for the treatment of heart ailments since 500 BC. Clinical research has indicated its usefulness in relieving anginal pain, and in the treatment of coronary artery disease, heart failure, and possibly hypercholesterolemia.

Improvement of cardiac muscle function and subsequent improved pumping activity of the heart seem to be the primary benefits of Terminalia Arjuna.

Brahmi (Bacopa, Gotu Kola) – Brahmi is known as “the food for brain”. Traditionally Brahmi is used as a mental tonic, to rejuvenate the body, as a promoter of memory and as a nerve tonic. It promotes a calm, clear mind, and improves mental function.

Modern Research claims that brahmi improves memory and helps overcome the negative effects of stress. Brahmi is especially suitable for students as it enhances the minds ability to learn and to focus and for an elderly person hoping to regain their memory. It is unique in its ability to invigorate mental processes whilst reducing the effects of stress and nervous anxiety.

As a nervine tonic, Brahmi has been used to help those affected by stroke, nervous breakdown or exhaustion and Attention Deficit Disorder. The best Ayurvedic brain and memory formulas contain brahmi, as do many of the long life promoting compounds.

Guggulu (Shuddha Guggulu, Guggul, Commiphora Mukul) – Modern Research shows that it is the prime Ayurvedic herb for treating obesity and high cholesterol. Studies shows that guggulu lowers serum cholesterol and phospholipids, and that it also protects against cholesterol- induced atherosclerosis. Guggulu were seen to lower body weight in these clinical studies.

Guggulu also as anti-inflammatory properties and is effective in treating arthritis and other joint pains.

It could probably reduce the patients intake of antidiabetic drugs. Also Bitter Melon has two proteins which are thought to repress the AIDS virus.

Recently, the Department of Health in the Philippines has recommended bitter melon as one of the best herbal medicines for diabetic management.

Neem (Azadirachta Indica) – Neem is an extraordinary blood purifier, good for al skin diseases like acne, eczema, psoriasis and teeth and gums. Neem is included in most Ayurvedic Skin products because it is as effective on an external application as through internal indigestion.

In Ayurveda it has been safely used for over five thousand years and are a good immunity booster to prevent colds, fevers, infections and various skin diseases.

Shilajit (Mineral Pitch, Asphaltum) – Shilajit is one of the prime Ayurvedic compounds for rejuvenating the body. it is an aphrodisiac, anti-aging herb and to treat diabetes and debilitating urinary problems.

The Charaka Samhita states that a person must use shilajit for a minimum of one month before starting to realize he regenerating effects. It is also used to treat impotency and infertility. it is well known that Shilajit would return the libido of people to level of teenagers.

There is a folk saying by the indigenous people who live in the Himalayan region that Shilajit makes the body strong as a rock. It is an adaptogen, (Rasayna), that helps to combat immune disorders, urinary tract disorders, nervous disorders and sexual dissatisfaction.

Shallaki (Boswellia Serrata, Salai Guggul) – Modern Research indicate that the Boswellia herb may assist in treating joint mobility, pain, and may be a useful remedy for a variety of inflammatory diseases like rheumatoid arthritis and osteoarthritis. A recent clinical trial suggests positive effects of Boswellia serrata extract in knee osteoarthritis.

Boswellia has also been found to be useful for a number of other disorders and best for treating Back Pain, Knee Pain, Joint Pain and Arthritis. This herb has also been proposed as a possible therapy for Crohn’s disease and ulcerative colitis.

Triphala (Amalaki, Bibhitaki, Haritaki) – Triphala has got the properties of three famous nutrients: amla, haritaki and bibhitaki. The advantage of this formula is that it is milder in action and more balanced than any of the three alone.

It has cleansing and detoxifying action. Used regularly it is good for gentle, slow detoxification of the digestive tract and then the deep tissues. It also has the ability to normalize all three humors with continued use.

As a daily supplement triphala is hard to beat; that’ s why in India they say “even if your mother leaves you, every thing will be fine if you have triphala.”

Tulsi (Holy Basil, Ocimum Sanctum) – Its very name Holy Basil certifies to its sacred nature. It is a sacred plant worshipped in many Indian homes and is a must in every Hindu’s house.

Holy basil is also a major ingredient of many Ayurvedic cough syrups. it is a good stress reliever, and modern research has found it to be good for Respiratory problems, Cold, Fever and all types of Cough.