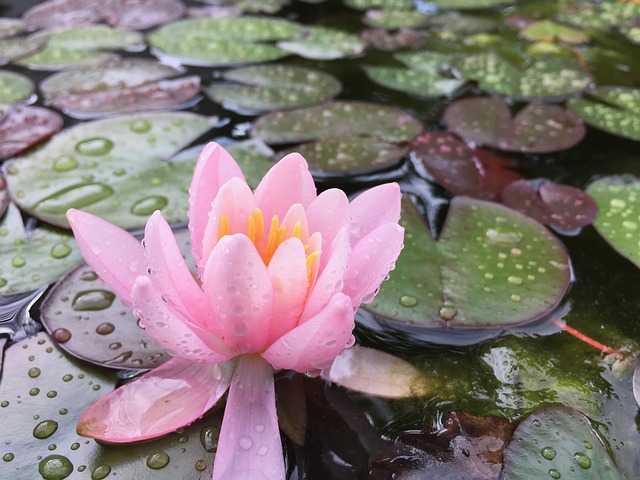 It was not so long ago that eating disorders, such as bulimia and anorexia, were thought to be purely the result of mental conditions. More recently, though, some physical factors have been attributed to these conditions. It is now thought that eating disorders can be triggered by a multitude of factors, in combination, including those of a psychological, behavioural, social, or biological nature.

How Can Yoga Help With Eating Disorders

As with many conditions, eating orders can better be dealt with through a calm and focused mind. Depression and low self esteem are problems often associated with eating disorders, and Yoga can help with both.

It has been proven that Yoga can reduce depression, restoring a state of balance and well being in the individual. Also, there are different yoga practices which encourage heightened levels of self esteem, and promote a positive view of your own body. These are crucial factors with eating disorders, and it has been shown that the application of yoga can significantly increase recuperation and healing. Through the elimination of self judgment, yoga establishes a strong connection between mind and body. This, of course, is the natural state of wellness. By re-establishing this strong connection, mind and body will work in harmony to repair the damage.

Regular yoga practice will increase the overall fitness level of the human body, improving the immune system and giving it a good chance of fighting illnesses. This is helpful with Anorexia, for example, because the sufferer’s body will experience lower energy levels, and the condition reduces bone density.

In dealing with eating disorders, the yogic system identifies them as a problem related to the first chakra. There are different yoga poses that can be used to balance it: eg. staff, crab, full wind, and pigeon. By using grounding postures (eg mountain, goddess, standing squat and prayer squat) strength and courage can be increased. What these postures do is to re-establish the strong mind-body connections, and through that connection help overcome many physical obstacles. For anorexia sufferers, most of the yoga back bending poses help reduce depression, while forward bends can calm the spirit and reduce anorexia’s effects.

Because the mental state has an important role in eating disorders, meditation can be used successfully to reduce negative and harmful thoughts and feelings. An active, well targeted, meditation practice should prove to be very effective. The yoga poses work best when external factors are shut out, and concentration is allowed to focus on your inner self. Giving special attention to breathing, and also to inner sensations, will transport you to a state of greater awareness and calmness. This new state will allow you to go on further to explore new concepts, and hopefully pursue new goals that may have been impossible before.

As with many medical conditions, being aware of the bulimia or anorexia problem, and showing a constant and strong desire to defeat it, is a great method to reduce their effect. It is likely that an early adoption of yoga practices would make the patient more aware of the problem, thus making a positive contribution to an early cure. However, these yoga techniques are more usually used in the recuperative stages of the illness. That is a pity because, as with all illnesses in which it can be beneficial, yoga works best in the prevention stage, when the negative effects are still low and easier to over come.