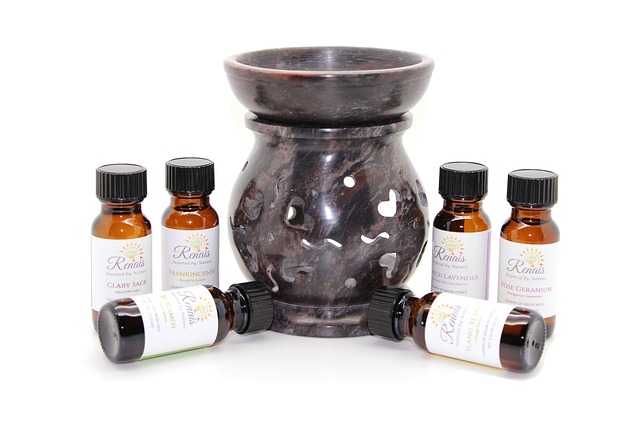 Most dedicated athletes are willing to try anything within reason (a very flexible term in itself) to overcome injury so that they may resume training and/or competition. ‘Rest’ is never what they want to hear – they want to get right back into the swing of things. The more common injuries – tendonitis, strains and sprains, and variations of these conditions are found in many sports; they typically include inflammation and some sort of tissue damage. Programs for relief are fairly well-known; they each have their plusses and minuses. Rarely, however, do athletes or trainers consider the possibilities of ‘aroma’-therapy. The name itself presents a very ‘touchy-feel’ type of medicine, not considered strong enough or truly effective enough for practical application. However, what aromatherapy is really working with are complex phytochemical compounds with a broad spectrum of interaction with human biochemistry. It is under these auspices that athletes and trainers may investigate the usefulness of Helichrysum Italicum essential oil.

Medical aromatherapists understand the efficacy of essential oils for particular conditions; the oils are not considered a natural cure-all, but each plant offers chemical compounds with clear specificity of effects. Beyond the effects of each chemical compound within an oil, some oils efficacy is a clear synergy of the particular chemical makeup. Individual chemicals within essential oils are well-known antivirals, antimicrobials, anti-inflammatories, expectorants, mucolytics, anti-tumorials…and the list goes on. Some essential oils will contain synergies of these compounds; oils suggested for colds will contain components that are antibacterial, antiviral, and mucolytic (cleanses breathing passages) all in one essential oil. And what does this offer for the injured athlete? The possibility of speedier return to training and competition with Helichrysum italicum essential oil, which contains a synergy of compounds which can act to support healing of a great variety of common injuries.

The physiological basis of many sports injuries, both chronic – from overuse – and acute, from impacts, twists and strains, have many similarities. There is usually some cells that have suffered structural damage – some enough that the cells will die and need to be re-grown. There is typically inflammation, which can be a means of the cells protecting themselves, or a result of fluid leakage into the intracellular space. This fluid can be blood from damaged capillaries, and appear as bruising; either way swelling will prevent proper perfusion – or nutrient and waste exchange – at the damaged site. This can lead to secondary damage – where cells around the originally damaged tendon, ligament or muscle cells are also becoming damaged by lack of oxygenation or nutrient supply. Further damage can occur through the over-production of free-radicals under such conditions. One can imagine the phenomenon of ice being applied immediately after an injury leading to a significantly shorter (and less painful) recovery – a long wait increases the possibility of secondary damage. The ice prevents the secondary damage associated with swelling and oxidation from occurring.

Now for a look at the synergistic actions of Helichrysum Italicum essential oil (there are several types of Helichrysum essential oil available – it is the Italicum, also known as Everlasting or Immortele, that has these particular properties. It is more rare, and more costly than other types of Helichrysum, but worth the extra cost). Helichrysum has a high percentage of anti-inflammatory sesquiterpenes – nearly 50% of it’s makeup. Another 40% is made up of Esters with marked relaxing effects on tissues – relieving tension in injured areas and allowing natural perfusion to take place. The third major component is a di-ketone, which signals tissues to regenerate. These di-ketones are rare, and Helichrysum Italicum contains the highest known percentage.

It is the synergistic activity of these components working together on an injured area that can have a pronounced effect on healing common sports-related injuries. One professional athlete recently relayed an account of his use of the oil – after lack of success in treating achilles tendonitis, he was sure he was going to have to drop out of an important upcoming event. He had been taking MSM, using topical Dimethylsulfoxide, consuming oral anti-infamies, and attempting to address the imbalance which had caused the injury in the first place – all to no avail. After learning about Helichrysum, he decided it was worth a try, and after three days of regular application to the tendon, the pain was gone and he was able to continue his training at maximum capacity!

While this is only one case, it is interesting that relief was found so quickly, and to a chronic injury that was otherwise difficult to treat. The scientific medical aromatherapy literature describes usage for acute injuries (such as recently twisted ankles, wrists, or areas bruised from impact) more frequently. According to Dr. Kurt Schnaubelt in Advanced Aromatherapy, “Everlasting oil is certainly one of the most astounding essential oils. Its very unique chemical composition along with (all) essential oil’s ability to penetrate into tissue and the circulatory system permit some spectacular treatments. Used for bruises, sprains, and twisted ankles – usually accompanied by swelling and subsequent hemorrhages – this oil proves practically to be a wonder cure.” He goes on to mention that the earlier the application of the oil following an acute injury, the more pronounced the heaing effect.

If you decide to try the oil for yourself, be sure of your source, and that the variety is correct one discussed here. The oil is appropriate for range of injuries – minor to major – though of course it is not a substitute for proper medical attention in any way. Using the oil in conduction with a prescribed therapy should be discussed with your doctor. The literature does state that the oil is very well tolerated, and can be applied directly to the skin undiluted. An application of a thin film a few times a day, as soon as chronic pain is noted, or an acute injury occurs, is best. The oil can be used on broken or damaged skin – in fact, it is included in formulas to reduce scar formation along with Rosehipseed and Hazelnut oils (a 5% dilution of Helichrysum in a 50/50 blend of these two base oils can be used to support wound healing). As with any therapy, be aware of how you’re body is responding to treatment, and consult a medical professional with any questions or concerns about it’s use. In summary, Helichrysum italicum essential oil is a gentle, topical treatment which may speed healing for many common sport-related injuries. It is regarded as a very safe oil and is worth a try if you are in need of such support.