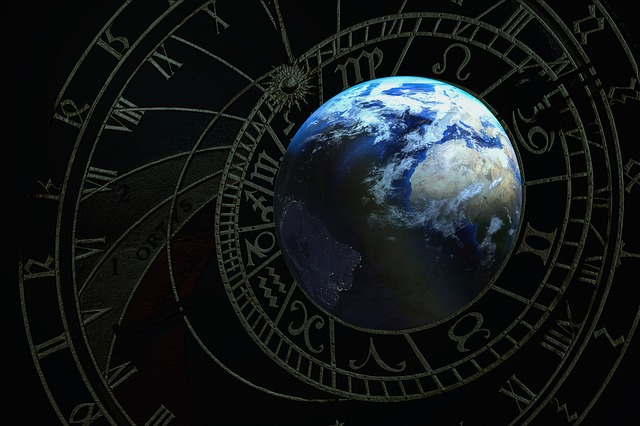 Most of us are familiar with the Western system of Astrology that utilizes the planets of our Solar System and the twelve signs, or constellations – Aries, Taurus, Etc. The universe, including the solar system is constantly moving, with planets moving from one constellation to another, or changing signs. Believers in Astrology feel that each planet influences a particular aspect of life – Venus for love, Jupiter for money, etc. Furthermore, the sign / constellation in which the planet is located on a person’s date and time of birth has an impact on how that person would act and react: for example, a person with Venus in Aries is said to be impulsive in love, as compared to a person with Venus in conservative Capricorn, who may be status conscious and a bit cold. The angles that the planets in a person’s Astrological Chart make relative to their location have a further impact on the person’s character and makeup.

Jyotisha is the Hindu system of astrology. It is used primarily in India. The word derives from jyótis disjointed as “Ja”+”Ya”+”O”+”T”+”ish” to get the root meaning as “water or birth”+”in addition to” + “earth” and “stars” + “knowledgeable”-in other words, a person who is knowledgeable about birth in relation to the earth and stars. Whereas in Western Astrology it is believed that the gravitational fields and electro-magnetic forces of the planetary bodies are acting upon the individual, in Vedic Astrology, the planets themselves are “grahas”, forces that seize or act upon people and influence their actions and life. Since Hindus believe in reincarnation, so there is the corresponding belief that humans have ups and downs in life because of karma, or debts from actions in past lives. Jyotish Astrology is used by many to understand the challenges in life due to the influence of planets, i.e., Navagraha and perform religious ceremonies to mitigate the bad karma. Another difference between the two systems is that the common system used in the West is based on the Tropical Zodiac, whereas Vedic Astrology is based on the Sidereal Zodiac.

Navagraha loosely means “nine planets”. The North Node and South Node of the Moon, known to Vedic Astrologers as Rahu and Ketu and the Sun and Moon are included in this group, and Uranus, Neptune and Pluto, the “modern planets” are excluded, probably because they were not visible to the naked eye of the ancient astronomers. The religious ceremonies most often include the use of a Yantra as a meditation tool. a Yantra is a picture, a symbolic representation of aspects of divinity. It is an interlocking matrix of geometric figures, circles, triangles and floral patterns that form fractal patterns of elegance and beauty. I have seen other symbols on Yantras as well, such as pictures or writing in Sanskrit. There are Yantras for each planetary body and for specific uses, such as attracting wealth, attracting love, preventing accidents, etc. Even though I am not Hindu, after a bad fall that left my arm permanently injured, I installed a Yantra in the corner of a room. There have been no more serious accidents in my home since its installation!

Today, Vedic Astrology is still commonly used in India to help make important decisions. In Hindu culture, newborns are traditionally named based on their jyotish charts, and jyotish concepts are pervasive in the organization of the calendar and holidays as well as in many areas of life and science. Astrology is vital to decisions made about marriage, opening a new business, and moving into a new home.

If you would like to learn more about using the Ancient Science of Vedic Astrology to help you with important decisions, please visit the link in my author bio area.