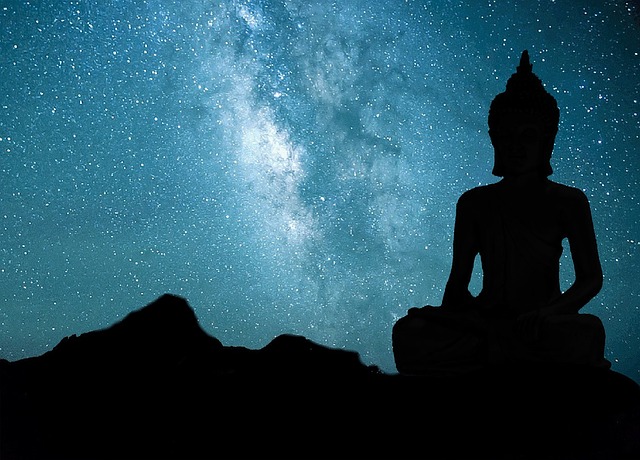 The topic of this article is the concept of Karma, which is common to most Eastern Philosophies be it Hinduism or Buddhism.

It is said that in the second watch of the night when the Buddha attained enlightenment he gained a different kind of knowledge, which complemented his knowledge of rebirth – The Law of Karma.

Karma is mistaken in the West as a doctrine of Fate or Predestination. It is not so. The word Karma literally means action – and the Law of Karma is the infallible law of cause and effect, which governs the Universe.

The doctrine of Karma has many implications as to how we may lead our lives. In the first place it means that all our actions will lead to its natural consequence. We may not know what the consequence will be and in fact it may be delayed for many lengths of time but the consequence will follow inevitably. In Tibetan Buddhism the inevitable retribution, which however is not obvious, is compared to the shadow of a kite or an eagle as it searches for its prey. When the eagle is high in the sky its shadow is not to be seen. However when the eagle swoops to the ground to catch hold of its prey the menacing shadow appears. Similarly we are not aware of the consequences of our actions for most part but they will appear just as the shadow of the eagle suddenly appears.

The law of Karma is not confined to individuals – there is family karma, national karma, International Karma, the Karma of a city. All these are mixed with the Karma of the Individual, and thus it happens that people lives are influenced by events completely beyond their control. All these Karma’s are inter-related and can be understood in its full complexity only by an enlightened being.

The law of Karma gives us guidance as to how we may lead our lives. When misfortune strikes we know that it will not last forever but will pass in time. And we now know through the law of Karma that these are consequences, which have inevitably followed from our past actions. The attitude to have when difficulties befall us is this – That this, which is happening, is the coming to fruition of our past Karma. We do not see the suffering as a punishment- or do we blame ourselves and indulge in self-hatred. Tibetans say that suffering is the broom, which sweeps away our negative karma. We can even be grateful that one karma is coming to an end.

Eastern philosophy is full of stories of how bandits and murderers have overcome their bad karma and gone on to become – monks and even saints. Angulimala is an example. He had killed 999 people in his previous life as a bandit. But he was won over by the Buddha and went on to become a monk and a sage. Similarly in Tibetan Buddhism the story is told of Milarepa. He was a sorcerer who killed many people with his black magic for revenge or profit. Yet through his remorse and hardships and penances that he underwent he went on to become to become enlightened – a figure of inspiration to millions.

These are some brief remarks about Karma.