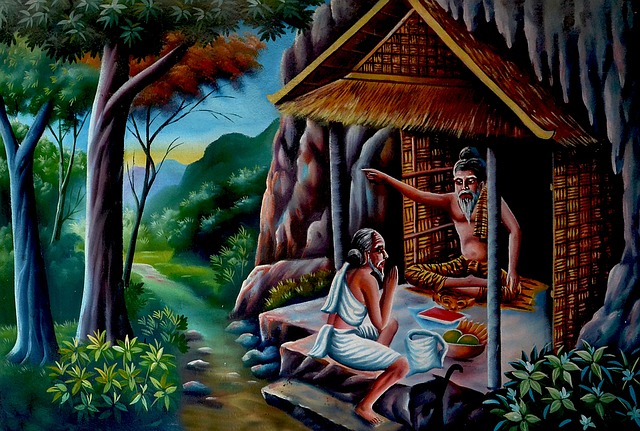 Throughout mankind there have been certain individuals whose soul energies were high enough in frequency that as they walked the Earth, they often stood out as lone icons for evolution during various periods of history.

Many times the people who surrounded these beings sensed something different about them. The emanations of these people were so subtle that no outward sign of difference was visible. The differences came mostly in the way they behaved.

The individuals who came in contact with these beings either instantaneously rejected what they stood for or acted on only an intuitive feeling that called them to support such individuals. Based upon each souls internal agenda for existence, one either polarized negatively or positively in response to their presence.

Part of the work of these individuals was to silently and psychically impart a vibration that spoke to the higher souls of the human beings incarnate. Their energy fields were designed to vibrationally raise the energy fields of others in a non invasive and stable way.

Our civilization and its historical memories are filled with many such individuals. It would seem natural that such a phenomenon continues. However, the shifting of humanity’s consciousness at this time presents to us an entirely new challenge.

Vibrationally speaking, humanity has reached a place in its evolution where it can actually begin to take active steps in determining its own evolution. This was not possible before as the mass portion of humanity hadn’t evolved to a high enough level vibrationally.

Now that there are enough of us simultaneously awakening all over the globe, we are witnessing in all of our societies, a natural shift where millions of individuated human beings are now making efforts to align their souls with the planet’s own evolutional process. This is an unprecedented time in our history.

The resulting challenge is for each of us to discover within our individuated selves, that high soul we’ve witnessed within others throughout time. The new gurus are to be you and me. We are evolving to a place where no one human being has govern over another in any way, shape or form. We are slowly evolving to a place where each individual counts and carries equal light. In this process of rebalancing, humanity is suffering through what seems to be many tragedies and falls. We are all witnessing the rebirthing of humanity into a greater more peaceful species.

We Are Not Without Assistance

There has been birthing onto planet Earth for quite some time, several waves of incoming souls who carry more light and unity consciousness than that of previous generations. These souls carry additional chakras and DNA material that enables them to channel through their bodies higher frequencies into the atmosphere. There has been much labeling of such souls in the metaphysical fields, such as; Indigo’s, Crystals, Octarines, Blue-greens and Violets. These color designations refer to the dominant level of ‘frequency of consciousness’ that such individuals hold within their physical bodies. How do these individuals differ from the average population? It’s easier to spot them than you think.

Most of these incoming souls are specifically oriented toward raising mass human consciousnesses. In the coming years, many of them will be preoccupied with pursuits that tend to unify the races of the world or bring awareness to the planet’s eco system. These souls already carry in their consciousness the recognition that all human beings share an underlying light that makes them ONE. They come into the world with full awareness of the connectedness of all that is. They do not think in separatist terms.

Though many of them for now remain hidden, much of their future behavior will expose who they really are, as they attempt to actualize their spiritual purpose in the ‘real world’. These individuals have no interest in polarizing toward negative or separatist activities. However, some of them may choose to be warriors for the light and will become involved in battles, simply in order to break apart very dark energy patterns that influence and destroy the ‘spirit’ of many individualized human souls.

What do these special frequency individuals really ultimately do? What is their greater purpose? Much of humanity has lost its perceptual understanding of how it belongs to and is of, all the things and other beings that surround it. Human beings on an individuated level, practice behaviors that mimic this forgetting. The new gurus have arrived simply because it is part of a cosmic design to return to unity consciousness. All that has been behaviorally practiced in a highly polarized environment of very light and very dark energies, will in the coming generations, become more balanced so that the extreme conditions we experience on this planet, will not be a necessary component of the human evolvement process.

The new gurus will pave the way and demonstrate a more refined level of human relations. They will implement and demonstrate new emotional behavior patterns that enable each soul to understand its divine right to be self expressive, free of enslavement and yet still be part and participant of a living unit called Humanity. Human evolution is not about proving principles of right and wrong. It is about each individual soul coming to complete understanding that all outward behavior and action taken in the world is created from each one’s inner thoughts and perceptions. When such perceptions are aligned with the natural order of planetary and cosmological unity consciousness, what manifests physically becomes world reality.

At present much of humanity is sleeping or preoccupied with human created toys that prevent the true ‘soul nature’ of each from emerging as self expressive spirits that can enhance the ‘whole’. The work of the new gurus is silent, behavioral and very, very powerful for through ‘demonstration’ of beingness at these new frequency levels, many will be able to, in safety and stability, adopt into their lives what was shown to them.