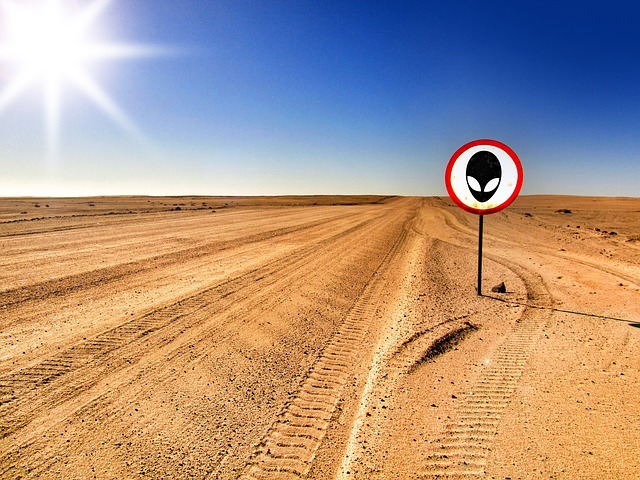 Thousands will gather in Roswell, NM, this summer for the annual UFO Festival. Because it’s been sixty years since the UFO crash, this festival will be more important than most. Despite self-serving, ever-changing statements directly or indirectly from the U.S. Government, no one really knows what crashed near Roswell in July of 1947. However, thanks to the courage of individuals that have come forward to speak about what they witnessed or the role they played in the unexplained event, we can be almost certain of one thing. It was, in the words of the late Jesse Marcel Sr., “not of this earth.”

Marcel was an Intelligence Officer at the base and had personal involvement with the investigation of the material from the crash site. He is not alone in his assessment of what crashed near Roswell. The late Retired Colonel Philip Corso offered his own experiences as proof positive in a book entitled ‘The Day after Roswell.’ Shortly after the UFO crash, Corso had an opportunity to view an unusual cadaver preserved in some sort of blue liquid while he was Post Duty Officer at Fort Riley, KS. The body came from Roswell via Fort Bliss and was en route to Wright Field (Wright-Patterson AFB, OH).

It’s important to remember that these are just two of the many people that had first or second hand knowledge about the crash. Even a quick examination of the collective evidence would indicate this event involved something more than a weather, high altitude or radar balloon with a bunch of crash test dummies or cadavers aboard. It was more than some crazy test vehicle that a bunch of super-intelligent children or midgets were piloting around the New Mexico desert during a violent thunderstorm. These facts make the Roswell UFO Festival an essential event that has become an annual reminder of a great mystery that remains unsolved.

Although I have been to Roswell over twenty times since the early 1980s, I have never attended the festival. My loss. However, I have (by invitation) presented seminars in the town before the festival was organized and visited occasionally since that time. Despite missing out on all the festivities, I have always enjoyed the calm and mystery of the place without all the hoopla.

I presented my first seminar in Roswell during 1992. It was supposed to be a low-key event at a nice hotel and small convention facility for a group of former military personnel (unrelated to the old base) holding a reunion in town. They invited me to speak after one of the organizers heard a guest spot that I did on an Albuquerque radio show the year before. Barely aware of the crash, the organizer was fascinated by my analysis of what happened at Roswell in 1947. He wanted those attending the reunion to have an opportunity to hear the same thing.

I arrived in town a few days before the event so that I could snoop around as I usually did whenever I came to Roswell. Unfortunately, my radio and television appearances in Albuquerque to plug a seminar I presented there alerted the media in Roswell. A noontime television interview that I did on a local Albuquerque news program was simulcast in Roswell and that was the end of my ambiguity. With the story of the Roswell Crash all over the map in those days and a shortage of UFO researchers that spoke about Roswell actually visiting their town, I was invited to appear on a midday TV news show, booked for a guest spot on local radio and gave an interview to the Roswell Daily Record.

Fortunately, my seminar for the group holding their reunion in Roswell was also open to the public. And the public came out in force. I was surprised because you would think that after the publication of The Roswell Incident, an Unsolved Mystery episode on the crash and all the media coverage received, the people in town would be sick of hearing about UFOs. Instead, they couldn’t get enough.

One of the people that attended my seminar was Glenn Dennis. He was the funeral home worker that said he arrived at the Roswell Base just after the crash in 1947. He took some time to speak with me after the seminar ended and said that my presentation about UFOs was the most accurate and the best he had ever seen. Similar kudos were thrown my way by others in the audience and those comments remain a highlight of my time as a paranormal researcher.

Most of the younger people that came out to my seminar candidly told me that most of what they learned about the crash came from TV specials and occasional news reports. Given my first visit to Roswell in the 80‘s, I believed them. Asking about the location of the crash in those days tended to get you dirty looks. Roswell citizens were in a state of denial and even the history of the old Roswell Base seemed unimportant to them at that time. It was a lesson in how successful a cover-up and government intimidation can be.

Despite their lack of enthusiasm for local history during my first visit to Roswell, I am happy to report that the town has had a complete turn around. Barely mentioned in the town brochure and considered a kind of local embarrassment in those days, the UFO Crash has become almost a centerpiece of town history. The base, its connection to atomic history and the former military members that served there have also received a lot more attention in the post no-nukes atmosphere of the 1970s and 1980s. The people have changed as well.

A new generation seems to embrace the attention that the UFO Crash brings each year. The 1994 Showtime Networks cable television film about the UFO Crash entitled, Roswell, renewed a lot of local interest in the crash and a reexamination of what really happened. That coincided with a call for the release of government documents about the UFO crash by the late Steven Schiff, a New Mexico Representative driven to make the inquiry by calls and letters from his constituents. The 1990s remained hot for Roswell with the 1997 publication of Colonel Corso’s book, The Day after Roswell, and the 1999 premier of Roswell, the TV Series (1999-2002).

Roswell is still a treasure house of undiscovered secrets. Proof of that comes from the people that still come forward with information about the things that happened in the town. Last year I was contacted by a man living in California who I’ll call Al. After listening to the rebroadcast of a radio program recorded a few years ago with the late Colonel Corso talking about the Roswell UFO crash, Al began to give some thought to something that had occurred earlier in his life.

Al moved to San Francisco, California, in 1964. Sometime in the winter of 1964-65, he was set up on a blind date with ‘a good-looking young blond woman.’ While he could not recall her name or where they went on the date, he did remember an unusual conversation they had at the end of the evening. At some point the young woman asked Al if he believed in the existence of other life forms or Alien life in the Universe. Al said he did and gave a few reasons why, which included the size of the Universe and the common scientific probabilities of the day. The young woman almost immediately gave affirmation to Al by saying something like, “Yea, you’re right,” and followed up with a most amazing story.

She was the daughter of an Air Force Chaplain. The family lived in Roswell and her father was serving on the base in the late 1940s. The young woman told him that sometime during dinner two men came to the door to get her dad. She recalled hearing them tell him that his services were needed. The incident caused such a stir in the household that everyone stayed up late until he returned.

Seeing that everyone was still awake, the Chaplain told his family that he was called to give religious comfort to some sort of Alien Life Forms near what seemed to be a crashed spacecraft. At least two of four creatures were still alive when he got there. He described them as looking a bit like adolescent boys, but obviously not human. No one knew what the creatures were or precisely how to care for them. As a result, all of the beings eventually perished. That was the crux of the story and the woman told Al that the family never discussed it in-depth again. Despite the lack of details, it presents an intriguing challenge and is typical of stories that pop up now and again.

Even more stunning are the revelations of the late Dr Michael Wolf, the ultimate U.S. Government insider. Introduced to him by my friend and fellow paranormal researcher Dick Criswell about twenty years ago, I was initially skeptical of some of his claims which included personal knowledge of various secret programs involving the government and aliens, technology gained from UFO crashes and agreements with aliens, and a UFO incident involving the late President John F. Kennedy (his wife was related to the Kennedy Family).

My skepticism vanished after a few conversations with him over the phone and various demonstrations of his political clout. If wouldn’t be unusual to find him speaking over the phone with Vice President Dan Quayle or former President Bill Clinton (Yes, it REALLY was them, not a joke or impersonation). I was also impressed by a mental exercise that he developed for the government. He called it The Gateway Treatment. It was disguised as a relaxation meditation that attracts positive energy and certainly accomplishes that goal, but it’s basically a way to mentally summon aliens.

Notoriously camera and press shy, he nevertheless felt compelled to share some of his amazing information and exploits with a few close friends and trusted paranormal researchers during the years shortly before his death in 2000. As a board member of the International Paranormal UFO Society, I am thrilled to announce the release of the only known video interview recorded with Dr Wolf on DVD entitled, DR MICHAEL WOLF: KEEPER OF COSMIC SECRETS. The video was filmed in 1998.

Those that look at the Roswell UFO Crash as case closed or believe that it a field that has already been farmed too many times do not understand the nature of the UFO subject or the power of the government cover-up. Years ago I spoke to a UFO witness. The event he observed occurred while he was in the military. He received calls at least once a month from people who said that they knew what happened and that he had better not talk about it.

Although he hadn’t told anyone except his immediate superior about the incident, people in high places seemed to know about it and the calls continued for years. Imagine the power of that kind of intimidation. Now imagine living in what became a government town during the 1940s. It wasn’t hard for anyone to imagine being locked up in some federal prison like Leavenworth if you happen to run afoul of federal authorities. Retired military personnel had even more to lose. They could end up in prison and forfeit any benefits, pay or pensions due them.

Sixty years after the Roswell UFO crash, we still do not have the entire story. However, that doesn’t mean there is no story. It just means that the U.S. Government has managed to convince most people that the idea of alien life forms visiting us is just not probable and that whatever crashed near Roswell isn’t something we need to be concerned about. Well, I beg to differ. The only thing that will come from trusting government officials to make all of the decisions while we remain blissfully ignorant is tyranny.