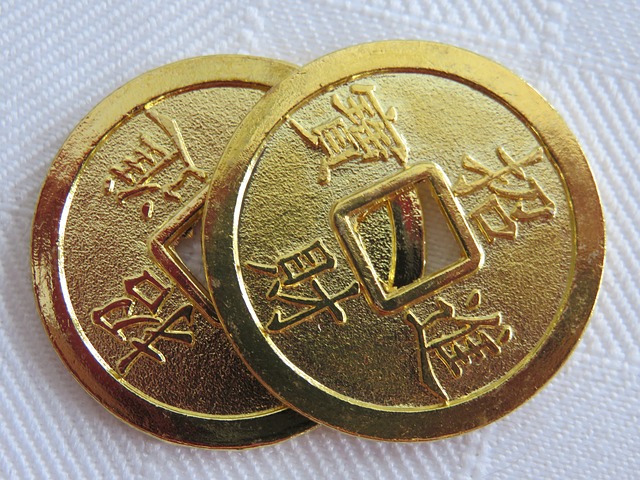 Tai Chi, The Great Ultimate, was found earliest in the Book of Change, or otherwise known as I-Ching. Legend said that this scripture has written by the first emperor of the Zhou Dynasty – Zhou Wen Wang. Thus I-Ching is also known as Zhou-Yi.

I-Ching, or the Book of Change, with its name implies, stated that life is in constant flux of change. The word I (Yi in pinyin) means ‘change’ in Chinese. It is formed from the characters of the sun and the moon, which represents yang and yin respectively.

Let’s begin with the word Tai Chi – the Great Ultimate. It actually means the earliest, the beginning… of all events and things. In some case, it refers to the Universe by ancient Chinese.

In one of the scripture, it stated that “One yin and one yang is the Way…” This means that the all changes of events and things in the universe come from this opposing, yet united forces of yin and yang.

This is why in from Tai Chi, there arises in the Two Elements – yin and yang. Take a look at the Tai Chi diagram, which is better known as the 2-Fishes diagram in Chinese. It is a circle divided into 2 sections in proportion. The circle is representing Tai Chi, or the Universe Whole, and within this wholeness, there’s the Two Elements.

The division of the yin and yang in Tai Chi means that there are 2 opposing elements, represented by the black section and white section respectively. Yet, the division is not a straight division, but a curved division – meaning that the 2 opposing elements actually accommodate each other in order to form the complete circle.

Firstly, this means that while it is divided as opposing elements – it is united in a way to form the complete wholeness. The opposing yet united forces of yin and yang became the basis of the thinking in I-Ching. And Tai Chi uses the concepts in the I-Ching, the yin and yang elements as the core concepts to explain the both physical and meta-physical aspects of the world.

Look at the 2-fishes diagram again. If you go in counter-clock wise along the diameter of the Tai Chi circle, you will find that as one element grows more and more and reach its peak, the other elements will begin to grow in replacement. For example, if you move along the diameter on the black side, you will see that the ‘half’ represented by the black will become bigger and bigger and then suddenly shrink and the white ‘half’ will begin to grow instead. This means that if one element goes to the extreme, the other will begin to set in.

What does this mean to us then?

Simple: we have to balance our life in every aspect, and do not just focus only on one or a few. We have to balance between work and personal life, between family and friends, between material and spiritual, and the list goes on. Otherwise, there will be disharmony in our lives.

Thirdly, the movement growing or shrinking of the yin and yang elements within the Tai Chi diagram suggests that life changes constantly to and from between good and bad, joy and sorrow, happiness and sadness, high and low and between any two extreme qualities. This is the dualistic principles in I-Ching.

In any events or things, there are two qualities within. There’s no such thing as complete good or perfectly bad things. It is the degree of good, or bad that matters.

What does it means to us?

In any events or things, there will be some good in the bad, and some bad in the good. Just like there’s some yin in the yang, and some yang in the yin. For example, when a person wins a race, others will lose the race. There’s bad news within the good news, there’s sorrow amongst joy, there’s losing among winning and so on.

In life, there will be mixtures of good and bad, joy and sorrow, happiness and sadness, winning and losing, high and low, and it all come in a ‘package’!

Therefore, we should learn to be more give and take – and accept the nature of life as it is. Enjoy the good things, and accept the bad one bravely and gracefully. This will then help us to achieve a more balance and harmonious life.

Whatever it is, understanding the principles of I-Ching does help us to understand the nature of life itself to better balance and manage our ups and downs to face our daily chores and challenges. And I wish all of you success and harmony in your life. May the Energy of Tai Chi be with you!