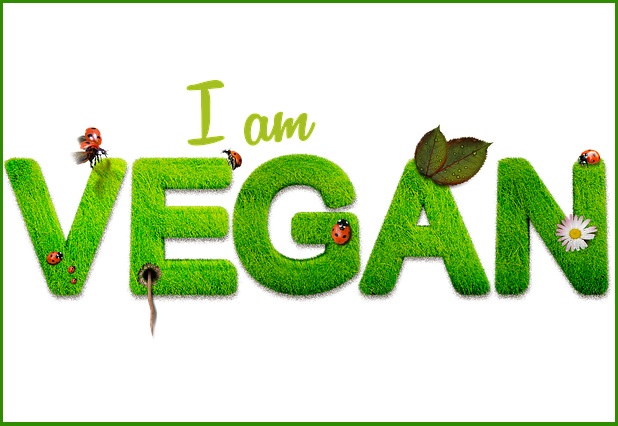 A vegan is a person who avoids as far as possible the use of any animal products for nourishment or for any other purpose.

Depending on one’s level of commitment this can include not using certain medicines because they are tested for safety on animals. A Vegan will not buy or use animal products whether that’s a steak, an egg, bread with milk in it or leather shoes. The overall goal of veganism is to reduce animal suffering to the greatest extent possible.

Why do people choose to become Vegan?

Animal Welfare – Despite the common belief that drinking milk or eating eggs does not kill animals, commercially raised dairy cows and egg-laying chickens, whether factory-farmed or ‘free range,’ are slaughtered when their production rates decline, not to mention the appalling conditions to which they are kept. There is an ongoing debate on the finer points of what constitutes an animal product; The Vegan Society and most vegans include insect products such as honey in their definition as well.

The environment – Animal agriculture takes a devastating toll on the earth. It is an inefficient way of producing food, since feed for farm animals requires land, water, fertilizer, and other resources that could otherwise have been used directly for producing human food.

Health – The consumption of animal fats and proteins has been linked to heart disease, colon and lung cancer, osteoporosis, diabetes, kidney disease, hypertension, obesity, and a number of other debilitating conditions. Cows’ milk contains ideal amounts of fat and protein for young calves, but far too much for humans. According to Gill Langley, a Ph.D. in biology and author of Vegan Nutrition, “it is clear from the example of many thousands of vegans worldwide that a varied plant-based diet not only supports health and well-being but, additionally, can have positive health benefits” (Langley 1995). A vegan diet is protective against such major killers as heart disease and cancer.

Eating fewer animal products is a good choice for the environment and your conscious. Animal agriculture produces surprisingly large amounts of air and water pollution, and causes 80 percent of the world’s annual deforestation. It also requires large amounts of water, and livestock worldwide consumes half the world’s total grain harvest.

How Do I Know it’s Vegan?

When shopping, look out for the Vegan logo. It appears on thousands of animal free products that have been registered with The Vegan Society.

You will need to examine the packaging and labeling carefully of all non registered products to ensure that you avoid animal by-products such as gelatin and rennet which can be found in everyday items such as children’s sweets.