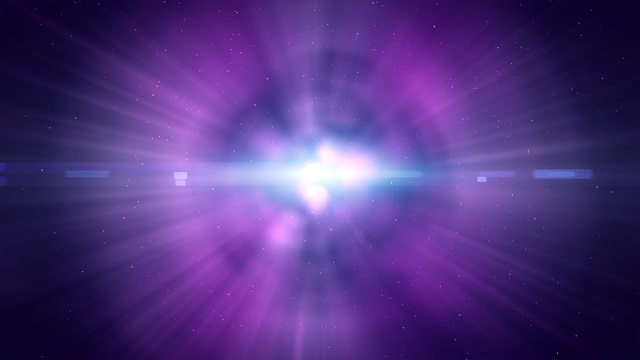 In the known Universe, everything vibrates, from low frequency to high. Electrons, protons, and neutrons that form atoms and sub-atomic particles all move at incredible speeds. Sub-atomic particles millions of times smaller than the full stop at the end of sentences move so fast that technology is yet to actually photograph what they look like (though I suspect this will happen in the near future).

We might call this electromagnetic energy which surrounds our body, an aura (not to be confused with migraines) or energy field.

We’re not able to physically see sub-atomic particles, atoms, or molecules and neither do we experience the spirit world in the same way. We experience that world by using our heightened five senses, and beyond the five we have the sixth. The sixth sense is a combination of our awareness of the spiritual world, our intuition, and psychic ability which we all have to some degree.

Some have said to me that they’re not intuitive and wish they were. Well the good news is that everyone has that capability and can be taught over a period of time. All that’s required is commitment, patience, and practice.

There are many spiritual or vibrational healers who are skilled in helping clear and rebalance someone’s aura which is they will either sense, feel, see, or hear. Again, it’s something any person who is committed to a path of spiritual healing can learn with practice and perseverance. There are also many Vibrational healing courses available including studying this subject through distance learning.

Negative thought forms anyone? Sometimes for whatever reason, we hold on to negative thought forms. These thought forms are created over a period of time by our own thoughts. For example anger at someone, hatred, victim mentality etc, or they can be created by allowing the impact someone has on us to take hold – the opposite of what would be called water off a duck’s back. When blockages build up in these energy centres due to internal and external stressors, we can feel pretty bad and low on energy.

Very simply put, when doing a vibrational healing session, universal energy is channelled out from the palms of our hands into the outer or inner aura and chakras (or energy centres). The vibrational energy might appear as brilliant blue/white light or, depending on the needs of the ‘receiver’, whatever healing color or colors is most appropriate.

Originating from eastern philosophies chakras or energy/spiritual centres as they’re also known, are spinning wheels or vortexes that are responsible for the condition of our mind, body and spirit.

Some uses of vibrational healing are to clear any negative thought forms; rebalance and facilitate harmony within us; experience more vitality; and to heal at the subtle (spiritual) level.

Vibrational energy has many forms and also many names including the following:

Words or phrase sometimes used to describe the world beyond normal perception:

Driving home one evening after helping me at a weekend health fair, I asked my 13 year old son whether he ‘saw’ anything whilst I was doing vibrational healing sessions. The following is his account of what he saw:

“I was curious to see what vibrational healing was all about so I just stared at mum’s hands and saw a ball that glowed in the middle. When mum did vibrational healing the ball was dark orange on the outside. About 10 cm around the ball were little balls coming in from all directions gradually getting bigger as they came onto the ball. They went at a fast rate into the main ball. It seemed to start at my mum’s palms. Then the ball went into the person’s head and when mum was finished the ball slowly faded. Also, for some reason the ball made a low humming sound the whole time. I thought it was weird and unexplainable and drew a picture of it.”

Hopefully this will explain vibrational healing in more simplified terms. It’s a fantastic healing modality and whenever I’ve bathed in universal energy, I always feel so much clearer, cleaner, and brighter afterwards. Well, at least until the next time one of my chakras decides to pack it.