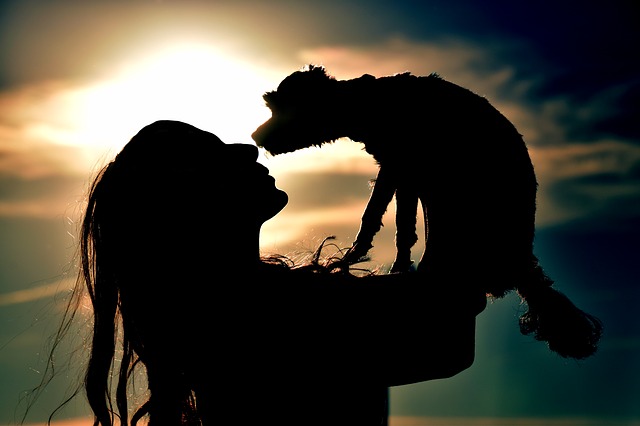 It is an evolved form of communication between humans and animals that enables humans to hear, understand and work directly with the consciousness of their animal companions or neigboring wild species so as to create a ‘living example’ of true interspecies co-creation.

While most people envision taking a few pets into their homes to be a co-existent reality, interspecies co-creation is in fact a vastly different reality than mere co-habiting. To co-habit with an animal while remaining fully in control of an animal’s destiny, including governing their emotional experiences based on human driven activities alone is not true interspecies co-existence.

Interspecies co-existence is a process whereas humans must vibrationally and behaviorally accept the living reality and perspectives of the animals with whom they co-habit, and then both species co-design the lives they are living out together. This process of stepping up behaviorally to create a true co-creative reality requires a shift in consciousness that to date remains highly challenging to the ego structures of most humans.

This challenge is directly related to the evolutionary level of mass human consciousness. Most humans live in a state of vibrational clog, whereas their intuitive and psychic abilities to perceive any reality other than their own remains a daunting task to break beyond. It is the human souls who are able to awaken and tap into their natural psychic heritage that are paving the way to rebalancing the planetary imbalances via interspecies communication.

Interspecies communication is the very path to creating harmonious planetary conditions. However, concepts regarding animal contributions to planetary balance remain at great debate at present due to our inability to hear the frequency range that most animals communicate within. What is not widely understood is how the etheric and energetic contributions of each species helps to hold a grid work of stability for Earth to function, grow and evolve. Just grasping that one’s pet has a voice and a dream is hard enough for most people to swallow.

Those who are awakening via the DNA light expansion process within their physical bodies are beginning to perceive in ways that stretch beyond normal five sensory perception. Humanimal communication is the bridge to understanding just how human evolvement truly works in conjunction with the planet’s own evolvement process. The information is vast and utterly fascinating and most of all, it provides a unique gift of authentic hope for all of humanity. So where do we begin?

The human awakening process that is occurring globally includes the activation of all levels of ‘psychic ability’. This natural world event is actually shifting the collective consciousness of humanity. Human evolvement can only occur in a manner that is appropriate to each individuals stable capacity to expand certain energetic-molecular structures within their unique physical bodies.

There is not anything anyone has to do to become more evolved. It is happening naturally as all species are part of this evolution process. When the vibratory fields that make up our cells, organs and bodies begin to expand, so too does our ability to perceive far more than we once could. This includes hearing the voices of our animal companions, capturing sound and light impulses of the planet before actual physical events occur, as well as predicting or intuiting future or past events.

All animal species, including the human species collectively holds the key to world balance. Each species has a specific role that holds planet Earth in etheric, energetic, vibrational and physical balance. Our scientists call this the Eco System, yet much of what is studied presently completely omits the ‘consciousness factor’ of the many species that humans study.

Humanimal communication can be likened to taking an educative shortcut as direct communication with other species enables an enormous amount of information to be extracted from the realms of invisible knowledge; which is what actually makes up our physical world! While scientists choose to seek this knowledge from the outside in, collecting specimens and pondering how everything physical fits together; humanimal communication assists humans in examining the invisible properties that make up the physical things that scientists attempt to piece together. Through this place of the ethers animal communicators tap the wisdom of the various animal kingdoms, to learn that our world is indeed a living beingness that holds an evolving ‘consciousness’ much like humans do.

Our planet, it’s elements and all of the animals that abound upon it all possess the ability to think, feel, act and evolve. Through the pioneering efforts of those who have dared to step beyond the boundaries of standard human education regarding this Universe; more and more people are beginning to integrate into their daily lives an awakened sense of an expanded ‘life reality’ not experienced before.

In this manner, humans can safely open to the notion that their animal companions do indeed have opinions and ideas about their co-shared lives. And animals are enabled for the first time in eons, to communicate those valid thoughts and feelings to their human caretakers. As we begin to understand the true nature of the interspecies dance, human behavior toward the animal kingdoms becomes more respectful. Once human beings directly experience the undeniable emotional, psychic & spiritual connection to their animal companions, true planetary miracles begin to occur.

Each species has an agenda for existing at this time on planet Earth and each species carries a valuable piece to the mystery of life. Humanimal communication is the key that brings clarity to our non-understanding of this planet’s plant and animal kingdoms.