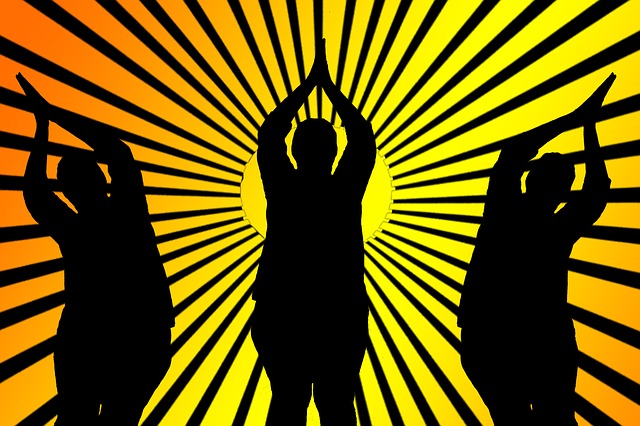 Although considered by many simply as an exercise fad, yoga practice has in fact helped thousands of people in improving their physical and mental fitness. Remember the golden rule of never judging a book by its cover; if you think that yoga’s all about bending and breathing and nothing else, think again.

The History of Yoga

The practice of yoga has been around for more than four thousand years already. Its origins can be traced back to India where even today, it is considered as a highly valued practice to reach a state of enlightenment. Yoga as a means to receive enlightenment is a central point in several religions such as Hinduism, Buddhism and Jainism.

In other parts of the world, the popularity of yoga is caused by its many health benefits and its associated use with asanas (postures) of Hatha Yoga as fitness exercises.

Purpose of Yoga and Its Main Components

Besides reaching a spiritual state of enlightenment, yoga can also help individuals reach a better understanding of not only their bodies but their inner selves as well.

When practicing yoga, you’ll notice that you’ll be concentrating on three main points:

Treating Back Injuries – yoga can heal back injuries that you may have by increasing the blood circulation for your injured tissues to heal faster and strengthening your lower back muscles; yoga may also in several cases heal other types of injuries as well

Prevention – Yoga also has the power to reduce chances of re-injuring yourself, shorten the time needed to recover from injuries and serve as a regular exercise technique to prevent disabilities

Generally Better Physical Health – Besides getting that ideal toned figure you’ve been aiming for, yoga will also help in refreshing your kidneys and maintain a better posture

Better Sleep – Rediscover the simple pleasures of sleeping with the help of yoga.

Consult Your Doctor – Before launching on to the first yoga step you encounter, make sure that your doctor gives you the go-ahead to do so. Yes, it’s true that anyone can technically do yoga but there are certain difficult poses that would be impossible or dangerous to attempt if you are troubled with past injuries or disabilities.

Just to be on the safe side, talk to your doctor and ask him if you can yoga your way to having a sexy figure or not.

Classes or Private Lessons – When you’re determined to join a yoga class, make sure that you’re joining a class whose level fits yours. Make sure that you join the class on the first day as well to avoid feelings of insecurity when you see others being able to tackle new yoga poses that boggle the mind. Secondly, choose a class schedule that you can regularly adhere to. If you only attend a class or two every two months, that’s sort of defeating the point of joining a class in the first place. Lastly, choose the type of yoga class that fits your taste and abilities.

On the other hand, if you’re not the social type, you can always attempt yoga practice at home and with the comforts of privacy. The only disadvantage to this however is the chance that you’re not doing something right and the possibility of causing harm to yourself. The best compromise, in this case, would be to hire a private teacher for a lesson or two or until you know enough to practice on your own.